Carolyn Allen – Story about my life 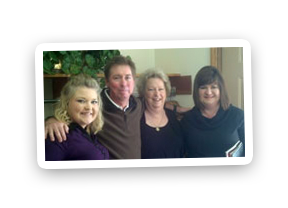 In 1966 I was married to Walter (we had been married since 1963). He was in the Army and was stationed away. He asked for a divorce because he had met a girl he wanted to marry. I agreed. I met Ralph and got pregnant.

When Walter heard I was pregnant he came home and dropped the divorce. When Ralph was told I was pregnant he decided he no longer wanted to be involved. Walter was stationed at Fort Benning and we moved there in May of 1967. Once Walter came home he said that we would keep the baby and raise it as our own. When we moved to Fort Benning, Walter became (once again) very abusive. On July 16, 1967, I went into labor and my son was born on July 17, 1967. At this time Walter informed me that we would not keep the baby and it was to be put up for adoption. He informed me that if I did not do this he would take our daughter from me (Kathy was at the time 4 years old). I consented and was never allowed to see my son. On a daily basis I called the Children’s Service to see how he was.

In October 1967, we moved to Alabama where we lived until Walter was discharged from the Army and we moved to Columbus. For years I tried to contact different agencies to try and find my son but always came up empty-handed. The Children’s Service in Columbus, GA stated that there had been a fire and all records destroyed. I never gave up hope that some day, some how I would find him and see that he was OK. As any mother all I really wanted was to know he was alive and well- never did I want to cause a problem just to know he was OK.

In November of 2013, my step son gave me a website for an agency in Atlanta, GA with hopes that they may be able to help me. I contacted them and filled out forms for them to assist me in locating my son. I kept in contact with Rachel Anderson and on December 31, 2013, Rachel called me and said they located my son. On January 6, 2014, Rachel called again to tell me that we were to have a call on January 7, 2014. I could hardly contain myself until the call came in. This was the 1st time I had spoken to my son (since I heard his 1st cry) in 46 years.

Since that time I have spoken to my son everyday and really feel blessed that our relationship has been the way it has.

My husband and I went to South Carolina to meet my son on January 25, 2014 and it was the most wonderful feeling a mother could have after all these years to hold her son that she was never allowed to hold.

When Walter told me that I had to give my baby up for adoption I thought I could do it and would not have a problem. That is the furthest thing from the truth. There was not a day that went by that I did not think of my son. Birthdays, Christmas and other holidays went by and all I could do was wonder if he was OK and did he have a good childhood. I really believe that had I not given him up for adoption he would have been killed or hurt by the hands of Walter. He was abusive until the day I divorced him in 1975. My son is such a joy in my life and I thank God and Rachel every day for him being in my life. What a joy he is!»

We offer a free, zero-obligation consultation to assist you both during and after your adoption reunion search. Please fill out the form and we will schedule a time for your free consultation.

Have an immediate concern?
Search our reunion resources or FAQ.